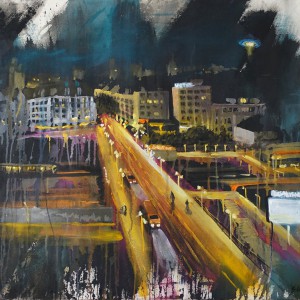 A classic retold: Dystopian’s latest EP goes way back to 1996 when the track “Interplugreaction“ was released as part of Beroshima’s “Lost Freakquencies Vol. 1“ EP on Tanjobi Records a sublabel of Acid Orange.
More than 20 years later the track has proven to be timeless and still creates that unique mood on dance floors.
Dystopian’s “Interplugreaction Remixes“ EP bridges the gap between then and now by combining the original track with remixes by Rødhåd, Marcel Dettmann, Tijana T and Somewhen on two 12″ each having an individual cover design.
Continuing to push forward and blur the boundaries with the same energy and vision that he had in the 1990s, Beroshima, remains a key character in the story of underground electronic music.
Interplugreaction originally written and produced by Frank Muller (Beroshima).
Artwork by Sven Uwe Kaiser.