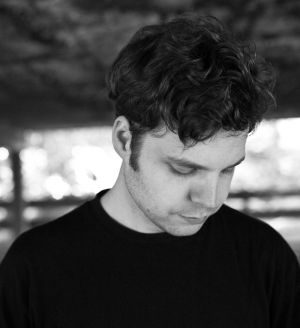 Felix Krone is a music composer, publisher and researcher born 1980 in Berlin, Germany. As ‚Felix K‘ he is known for his contributions to electronic dance music and his DJ sets.

Having an academic background in law studies and having worked on the foundations of a copyright/participation rights model, Felix Krone is a conceptual thinker.

Felix Krone’s creative process is lead by programming rhythm textures and algorhythms that include probability variables. An important aspect plays the identification of space in repetitive sound environments. He utilizes synthesis from analog machines as well as the computer and often combines it with sounds taken from field recordings to add ambivalent context.

In 2013 he released his debut album ‚Flowers of destruction‘, a work that concentrates on an idea of slowing down time in certain moments to to avoid a loss. Assuming that losses can be associated with  forceful explosions, they also have a momentum of strange beauty to them. The idea of slowing time down leads to the interesting premise, that explosions grow like flowers. The end of Michelangelo Antonionis film ‚Zabriski Point‘ (1970) has been an influence for that image. After the dead of his father Felix revisited the topic with his 2017 released album ‚Die Kunst zu verschwinden‘.

His work as a Live performer started in 2016. Felix Krone is working on two directions. While the one is based on a constantly growing selection of his own loops of electronic music sequences, that is maybe accessable for dance floors the other is focussing on improvisational and algorhythmic live synthesis that is adapted for every location in a unique way.

Krones DJ career goes back to 1997. His selections in many places oft he world have always been unique. Understanding that grooves are a language of the body, he can turn his DJ-Sets into art (if the audience is up for challenging moments). Although you can certainly recognize an immense intertext of inspirations that spans from music and movies to art and architecture, Krone’s’ production output is hard to pinpoint to any specific musical genre. When listening to his music, it’s hard not to appreciate the way he filters his inspirational input into unique moody and dubby music.